Guayusa is a stimulating Amazonian herb with caffeine, theanine and loads of antioxidants. Non-jittery.

Guayusa (Ilex guayusa) is the Amazonian cousin of yerba maté (Ilex paraguariensis), both being mildly stimulating rainforest holly trees. While guayusa provides similar energy and health benefits as maté, it has a very different taste that is silky and clean with a sweet finish. Guayusa contains 15 essential amino acids and ferulic acid, which can help improve blood circulation, as well as twice the antioxidants as green tea. Traditionally, indigenous Kichwa families in the Ecuadorian Amazon wake up before dawn and gather around a communal fire to drink gourds of stimulating guayusa tea. During this early-morning ritual, community members share dreams, myths, and legends. Several myths recount how the guayusa plant taught human beings how to dream, and throughout the morning shamans interpret dreams from the previous night. Hunters also drink guayusa before nighttime hunting trips in order to heighten their senses of awareness and focus. Drinking guayusa enables them to get more in touch with the surrounding environment, allowing them to hunt safely in the jungle. For this reason guayusa is known as The Night Watchman.

Drinking guayusa is essential to what makes them “Runa”- fully alive. Guayusa offers a clear, focused energy by balancing as much caffeine as one cup of coffee with twice the antioxidants of green tea. Guayusa also has another stimulating compound- theobromine. When combined with caffeine it creates a balanced energy effect without any jitters, crash, or jolted buzz. Theobromine is the stimulant found in dark chocolate that offers that pleasant whole body feeling many are familiar with. Guayusa is full of polyphenols, flavonoids, and saponins. These compounds in guayusa offer a range of holistic health benefits from calming the nervous system to cardiovascular health. Antioxidants are substances that scavenge free radicals — damaging compounds in the body that alter cells, tamper with DNA (genetic material), and even cause cell death. Antioxidants such as polyphenols in guayusa can neutralize free radicals and may reduce or even help prevent some of the damage they cause.

Brew the teabag by steeping in a  cup of boiling water for 3-5 mins. Sweeten if desired. 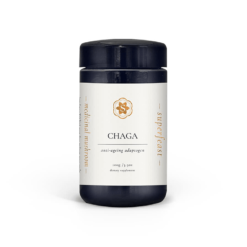 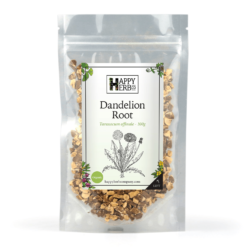 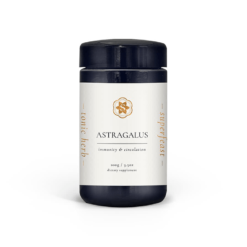 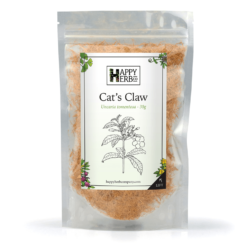 Happy Herb Co is family! Happy Herb is dedicated to supporting health and happiness through the healing power of herbs. We believe that with knowledge and access to herbal products, people can change their lives, their communities, and the world for the better. As an authority on herbalism and a leading global advocate of herbal alternatives to pharmaceuticals, drugs, and alcohol, Happy Herb Co is a positive force for change in the world.